Getting to The Dell House

We're about 3 miles south of central Great Malvern, just off the main North-South road, the A449.

Our address is 2 Green Lane,WR14 4HU but for some reason all online maps put that postcode some distance away, so be wary of using it.

(The garden contains Trump.Immunity.Vaccines. If only.)

The previous owners had Google blur out the Street View. There's nothing we can do about that, sorry.

The best railway station to arrive at is Great Malvern. Malvern has two stations, the other, Malvern Link, is further away but not excessively so. Taxis operate from Great Malvern station. The cost of the trip to here is around £10. It's about 45 minutes walk if you're fit and not too encumbered.

By Bus (and other Mythical Creatures)

Pedantically, there is a bus service between Malvern and Malvern Wells. Well, there's one bus, occasionally, and 'Request Stop' means you have to phone the bus company in the morning to have them modify the route to include Malvern Wells.

If you use a SatNav with our postcode it is most likely you will end up at the cemetery at the bottom of the Green Lane hill. (See above).

If you use a SatNav with 'The Dell House, Malvern' as the destination, it's much more likely to get you to the right place. 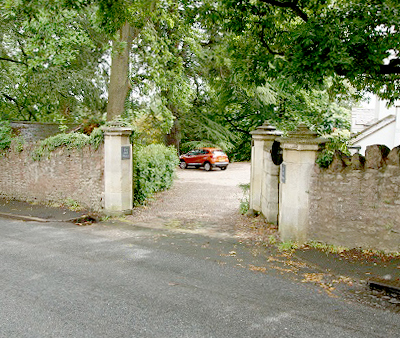 Note that the entrance to The Dell House is at an angle and Green Lane is fairly narrow, so it is much easier to approach from the Wells Road.

DO NOT attempt to turn into the drive when coming UP the hill. If approaching from this direction, drive past and reverse in.

If you are coming from any distance you are likely to be using the M5. The best exit to use is junction 7 for Worcester South, then follow signs to "The Malverns".

Note that the brown signs for the Three Counties Showground take you on a somewhat circuitous route, so are not especially useful for the Dell House.

Proceed through Great Malvern following the flow of the road. When passing the village sign for Malvern Wells you will seem to be leaving Malvern, especially at night when the gas lamps on the A449 shed no light of any use. Wells is a long, drawn-out village; just keep going.

You pass the Railway Inn on the right. (Nearest good pub food).

After about a further half mile you pass the following landmarks on your left: the loal convenience store; a fork to the Three Counties Showground; the former Bhan Thai restaurant, and white railings. Slow down at the white railings. 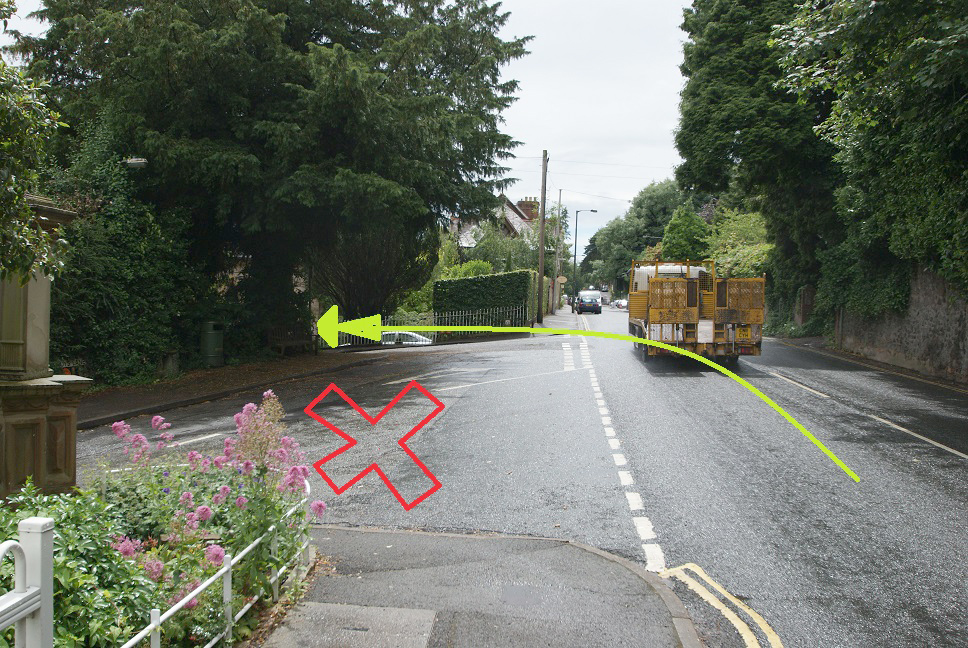 A road joins diagonally from the left simultaneously with Green Lane joining at 90 degrees. Turn down the second, narrower road.

Before you go down the hill, on the right immediately after the church, are the stone pillars of the Dell House entrance.

If you are coming from any distance you are likely to be using the M5. The best exit to use is junction 8 for M50 then take the first exit off the M50. Follow signs to "The Malverns". From Upton take the A4104 via Welland but beware it ends in an awkward junction at the A449.

From here, or if you are coming via Ledbury, head north on the A449. We are about a mile from the A4104 junction. Pass the petrol station on your left. Green Lane is the next right, with a church (now apartments) on the corner. Take care here; the correct turning is not obvious, and sharper than you think.

Before you go down the hill, on the right immediately after the church, are the stone pillars of the Dell House entrance.