When we lived in Cambridge we had a model railway in the garden. We are developing one at the Dell House now, around the restored area that was formerly the croquet lawn, subsequently the tennis court, and then wilderness until we got the JCB out. 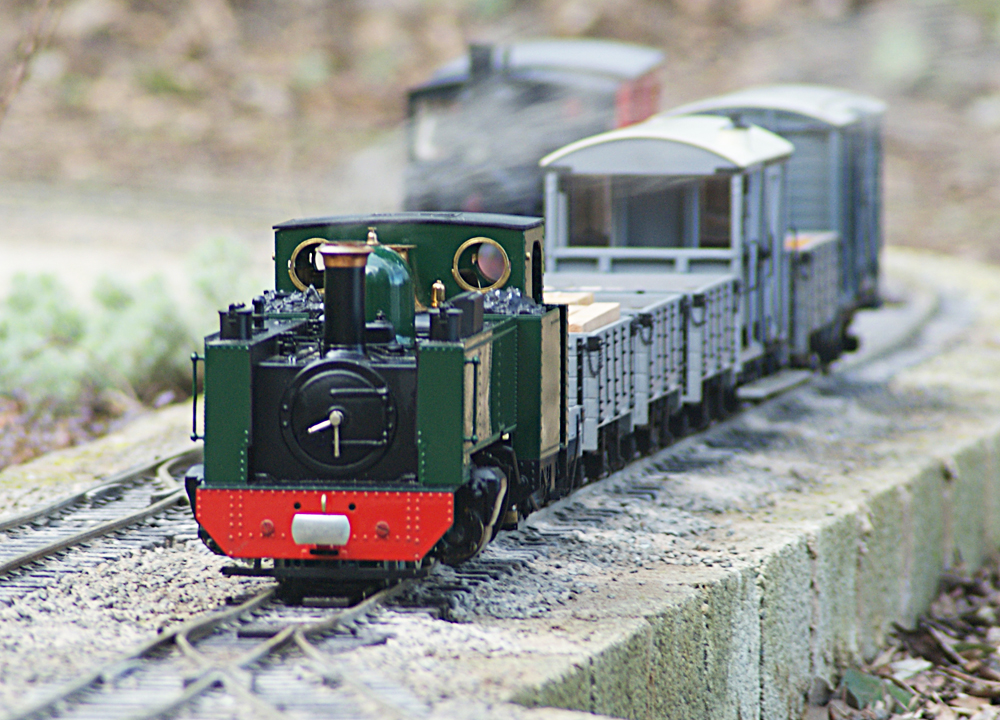 The railway gauge is 45mm which mean it can accommodate scales of 'G', 16mm, 'Gauge 1' and some 7/8ths. If you're not familiar with this, then think 'Hornby' and scale up x4 in every direction; so a loco is about the size of a brick. No, it's not one to ride on, sorry.

The "Flatland" element comes from our opinion of the Cambridgeshire scenery. Ironically, the railway in Cambridge had a built-in gradient whereas the new one does not - so we've kept the Flatland moniker. The 'W', for the "Washes" in fenland Cambridge but for "Wells" here for obvious reasons, stems from serendipitously buying a car with a registration of "FWR".

Given notice (weather, and not too many leaves) we'd be very happy to run one of the FWR trains for you.

Important. Great care needs to be taken around the railway area, partly because the trains are eye-wateringly expensive, but mostly because the steam-driven ones are a moving metal canister of boiling water under significant pressure. Children in particular MUST be very well behaved; but if they are proving to be so, they may well get a chance to drive.

Guests are very welcome to bring their own trains and run on the railway. 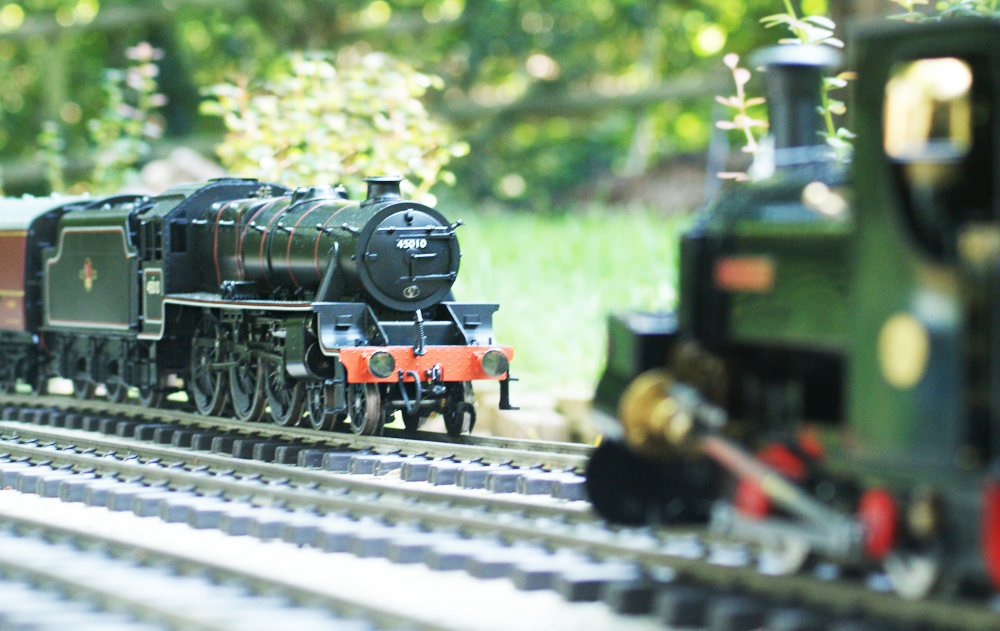 The track is at ground level. It's a circuit of roughly 60m. It is laid in Peco code 250 rail and does not have track power; therefore everything needs to be self-powered be that steam or battery.

The track is level. The minimum radius of the curves (other than the points) is 8ft. It's double track (which isn't very prototypical, but is more fun) with 7" centres. There are no tunnels but there is one overbridge (with plenty of clearance). There's a steaming-up siding beside the wide path.

The Flatland Wells railway is a light industrial railway developed to support the local cheesemining industry. Thus, it is primarily a freight line though a little passenger traffic has developed as the area has grown over the years. The rolling stock is a mixture of company stock, private wagons, and the occasional loan from the Greater Wells Railway (GWR).

The line has a curious gauge of 2ft, 9 and 3/4 inches. This gauge happened to fit the FWR company's one and only whole and functioning loco - picked up cheaply at a sale. This small diesel shunter loco, later refurbished and named "Edam" according to local custom, served the line until the company could afford more suitable motive power.

Most current tractive power is steam though more modern diesels are gradually being introduced.

Cheesemining is a little-understood industry but responsible for many things we take for granted today, including the latest in organic sheet plastics (which some still mistake as food). Cheese ore is a soft yellow mineral usually mined by deep underground shafts, however some natural cave systems contain significant quantities of cheese (see: Cheddar Gorge). Early processing methods would leave tiny rocks in the finished product resulting in broken teeth if not eaten with care, and leading to the phrase 'hard cheese' to mean bad luck.